I.M. Better Than You, Jonathan Gruber 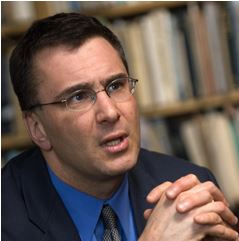 “Of course not because you’re stupid. As a Harvard-educated MIT economics professor the little people should bow down and grovel before my mighty intellect, but my face isn’t recognized by people who don’t summer on Martha’s Vineyard. That’s why I carry the American Express card. It allows me to spend some of the millions in taxpayer money I’ve greedily suctioned up and act in a haughty, superior manner even though the people I encounter are not bright enough to recognize I.M. Better Than You. 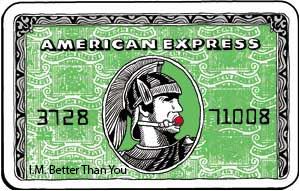 “The American Express card. Don’t subvert democracy without it.”

There must have been a wave of cheers across Canada last week as Republicans won a majority of the U.S. Senate because the logjam over approval for the Keystone XL Pipeline may finally be over.

The Obama administration’s blockage of approval for construction of the proposed pipeline from Alberta to Texas sums up six years of his presidency: a feel-good strategy that was both doomed to fail at its intended environmental goals while certain to antagonize a key ally in the process. Stopping the pipeline from being constructed offers no benefit to anyone, including the environmentalists who form the heart of the opposition.

The crux of the matter is whether the lack of a new pipeline to U.S. Gulf Coast refineries that can process the heavy crude oil coming from the Canadian oil sands will cause Canada to simply stop extracting the oil. During the 2012 presidential debates, Obama pointed out the U.S. is increasing oil production. Due to concerns about pollution and fears of global warming opponents don’t want oil extracted from the tar sands of Alberta.

It seems rather hypocritical for the U.S. to be in an oil boom while telling a neighbor their oil should stay in the ground. It is the usual argument made by too many comfortable, well-heeled environmentalists to save the planet others need to ditch their car and each winter set the thermostat to “Mother Earth thanks you.”

Canada has made it clear it will continue extracting the oil. Without Keystone oil will travel by rail – which requires more fuel and is more dangerous — to the U.S. refineries able to process it, or be sent via a proposed pipeline built to Canada’s east or west coast. In that scenario the oil can be refined in Canada and shipped elsewhere in the world, or sent abroad as crude to be refined elsewhere with lesser environmental regulations. U.S. refineries and oil companies can be cut out of the process with less energy available to the American consumer, and greater pollution in the atmosphere.

With Keystone there is a large construction project employing thousands of Americans, added business for American refineries on a permanent basis and more energy available to the American market. This will mean lower prices and encourage other business and commerce in the U.S.

Without Keystone U.S. companies and consumers could be completely shut out of access to the benefits of Canadian oil, while the oil continues to flow, but at greater economic and environmental cost, and we have jerked around a close ally for years for no good reason.

Forgoing the benefits of Keystone is still less maddening than a sitting president unable to muster the courage to just make a damn decision and live with the consequences. Obama’s unwillingness for a verdict on the pipeline permit may have actually come into the calculations Vladimir Putin made when Russia invaded Ukraine. It’s a pretty easy bet that a man afraid to make a choice on a proposed pipeline probably isn’t much of an adversary in realpolitik with a former KGB colonel.

As Soviet leaders saw decisiveness in Ronald Reagan’s willingness to fire air traffic controllers during an illegal strike in 1981, Obama has shown himself unwilling to ascend the ramparts in a fight. In short order such vacillation moves from farcical to dangerous.   ©

Greg Smith is a freelance writer and political consultant who lives in Bantam, CT. His blog is found at www.betterfatthanfascist.com. 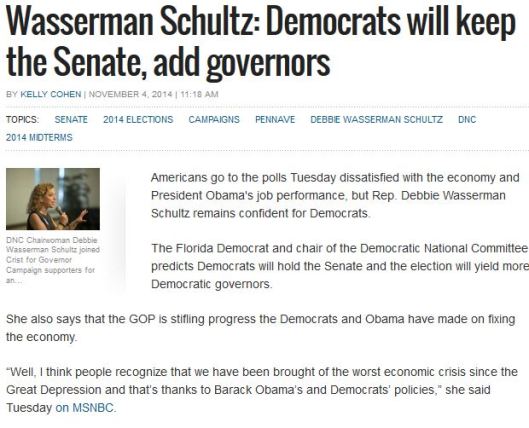 Given his willingness to ignore the Russian invasion of the Ukraine, President Barack Obama should send DNC Chairperson Rep. Debbie Wasserman Schultz to negotiate with Vladimir Putin.

Six years on and she has the chutzpah to say it’s Bush’s fault.

If you want to mobilize voters, give them good candidates and attractive ideas. Newt Gingrich understood that and led the Republican Party to an historic victory in 1994. By 2008 the party had forgotten this truism and has since suffered two defeats in presidential campaigns.

Now it is the Democratic Party’s turn to re-learn that lesson.

In 2012 the Obama campaign’s voter mobilization effort was credited as a main source of victory. Much has been written of it as a masterful use of technology to drive voter turnout by identifying and communicating at an individual level, even using Facebook pages to identify likely supporters to target in the ground game of phone calls and home visits.

In reality, the Republicans lost in 2012 because they nominated a bad candidate. I didn’t say a bad man, bad campaigner, bad debater or a potentially bad president. In 2012 I told everyone who would listen that Romney wouldn’t win the nomination because the GOP must have learned its lesson in 2008 about running another rich white guy who wants people to like him and believes some nebulous form of compassionate conservatism is a tonic for a lack of a specific plan and platform focusing on individual freedom. Republicans almost always fail when they try to soften their image and say ‘let’s be friends’ and only greatly succeed when running on specific plans.

In 2012 my prediction was almost correct. In the primaries Romney was the front-runner almost from the beginning, but couldn’t muster a majority of GOP support. Each time one of the rest of the pack would pull closer to Romney in the polls and then fade, another also-ran surged because Romney did not excite voters. They continued to look for an alternative in a group of poor candidates.

Romney won the 2012 nomination by default by pushing the usual generic Republican line that lacked a specific call to action. If you can’t even excite primary voters you can kiss the general election goodbye. In the end he only had real support from a plurality of Republicans who mistakenly think their party needs to soften its image rather than provide solid, specific ideas besides cutting taxes.

The conventional wisdom is Democratic candidates in 2014 have at least a small advantage in getting its base to turn out because of the lessons learned by the Democratic Party in Obama’s 2012 reelection. Predictions include Alaska Sen. Mark Begich driving large numbers of indigenous Alaskans, or Sen. Kay Hagan of North Carolina pushing enough blacks to vote to possibly pull out a narrow win. I disagree.

Politics is and will always be a game of ideas and candidates, in that order. Even a good idea needs a strong candidate building political support, and an otherwise personable candidate needs a platform to attract voters.

The impetus for the massive voter organization drives is the limit placed on how much of an individual’s political contribution can be used to expressly advocate for a candidate. Parties and political action committees can use the rest, called “soft money,” without limit for party-building activities like get-out-the-vote efforts. Since every possible dollar is shaken from the tree, parties have a lot of soft money with relatively few ways to spend it. There is a lot of pressure on parties and PACs to show donations have an influence. They have reason to point to the ground game as a necessary and useful expense.

Which begs the question, do Democrats have candidates with platforms that will benefit from a ground game? As hard as I am on the GOP for a lack of a platform, Democratic candidates have no platform either and have resorted to inflammatory statements on race and gender. What exactly are their plans if they won either the Senate or both houses? President Obama has refused to compromise with Republicans, and since GOP control of the House is considered a foregone conclusion, Democratic voters don’t have much to lose from a GOP Senate. Judicial nominees are about all, but with Obama nominating them Democrats don’t even have a motivating fear of another Antonin Scalia. A last minute knock at the door or phone call hardly seems like enough to overcome the disappointment Democrats have in Obama.

Get-out-the-vote drives do not begin days, weeks or months before an election. They begin the day after the previous election. Democrats have had, from most voters’ perspective, six years to make their case. Indications are they failed. Last-minute door knocking and phone calling comprise a bandage on a serious political wound.

As Sir Thomas More wrote in Utopia, “It is a wise man’s part rather to avoid sickness than to wish for medicines, and rather to drive away and put to flight careful griefs than to call for comfort.”

My view is Republicans in spite of themselves will wind up with at least 52 Senate seats with a good chance at 53. If turnout is lower than predicted they have a shot at 54. Of the eight Senate seats considered toss-ups, only New Hampshire seems out of reach.

We will have to wait and see if Harry Reid blames the Koch brothers when another Democrat is elected minority leader.   ©

Greg Smith is a freelance writer and political consultant who lives in Bantam, CT. His blog is found at www.betterfatthanfascist.com.